Just dealing with it...

Went out for lunch with the team today. Simple enough thing to do. I was the only girl amongst three men. Right in the middle of eating good old Punjabi food in the neighbourhood dhaba, the men suddenly begin talking about how they spent their Valentine’s Day. Each had a tale of woe concerning their girlfriends. Apparently all girls micromanage or complain no matter what is done for them. They slam down phones, they crib and yes, all of them are drama queens. Having worked with these chaps (… and they are awesome fellows otherwise…), I have realized, arguing or standing up for the feminist in me , against such a majority, is of no use, hence I devote all my energy to filling my hungry stomach and nodding. When the discussion reached its peak, they realized I was a part of the audience and was quietly enjoying my lunch.

I looked up. What had I done? I was just mutely eating!

So I said, “How is this my fault specifically?”

“It isn’t your fault per se, but all women are the same! You should tell all the women you know! Why are all of you this way?”

I find this amusing! J

What is it that annoys men so much? If you get asked what you were doing, why not just tell us? If you get told you are not devoting enough time or seriousness in the relationship, why not try and listen?

Women are only as complicated as you make them out to be. Yes we think too much, yes we like to know, yes we love silly gifts, yes we are emotional and dramatic…and YES, you can’t do without us!

Give us some credit, who else will buffer your world and make it a better place? Who will dress up and cook for you? Who will try and like stuff that you like? And most importantly, who will give everything seamlessly if she believes in you?

Lighten up fellas! We deal with you the other 364 days don’t we? J 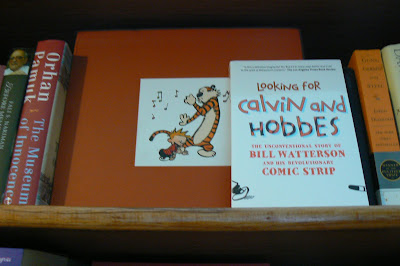 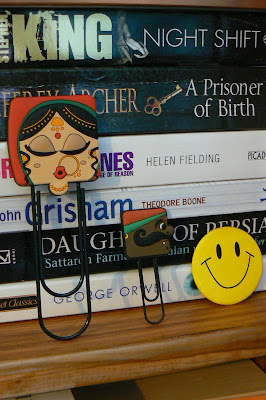 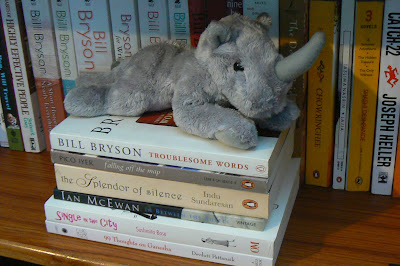 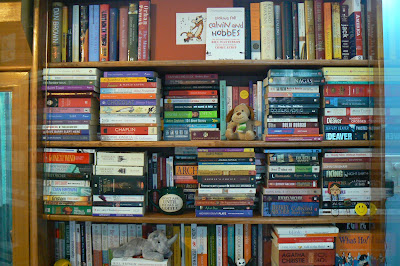 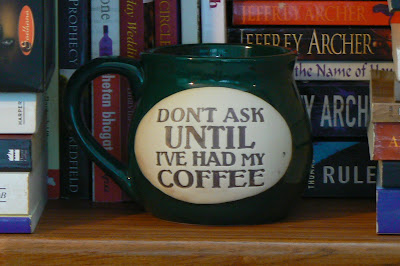 To write or not to write?

I haven't written anything in a long time.

I find that even when the ideas swirl in my head and I think up an idea that really moves me and I want to write, my laziness gets in the way. I think up entire stories / poems in my mind but just don't get down to meticulously recording the same It seems like too much of an effort to go out there and lay out an idea. Why do it anymore? The enthusiasm of starting my own blog seems to fading away and I don't like this very much.

I don't have supporting statistics but it's easy to see that to start something is easier than maintaining the same energy to sustain it.

I can only wish that this is a passing phase and I will return a bit motivated soon enough.

There are only two mistakes in life:
1) Not starting on the journey
2) Not going all the way

I agree.
Posted by Pallavi Vyawahare at 11:11 PM 2 comments:

You can never have enough books...or bookmarks!

I could not agree more :) My obsession is not alone :D
Posted by Pallavi Vyawahare at 3:57 PM No comments:

I wrote this over 2 years ago...reread it by chance a few days ago.

Then realized, I haven't changed :)

I wonder if its a good thing or a scary thing to not change or want newer things.

In addition, I like to think of myself as older, wiser and a whole lot funnier ;)
Posted by Pallavi Vyawahare at 5:40 PM 2 comments:

You know you are getting old, when with a birthday looming large around the corner, you suddenly get sensitive to jokes on age! :D
Posted by Pallavi Vyawahare at 9:44 PM No comments:

Pallavi Vyawahare
Bangalore, India
The probability of someone watching you is proportional to the stupidity of your action.